A downloadable Versus-Fighting Game for Windows and macOS

There was a time when humanity controlled the world.
The Mice lived locked up in fear for years...

But one day, greed for power led humans to their doom.
Mice could rebuild a new civilization from the ashes.

Wait... No, that is not what happened... Who said Mice were wiser than humans?

They didn't wait long before waging war upon themselves, using remnants of human technologies to their means.

MAD MICE is a 1vs1 platformer-style strategic versus-fighting game.

Embody a tiny mouse controlling a huge fortress and annihilate your opponent's using a diverse arsenal.
Try to overcome chaos and become the victorious rodent!

Attack is the best defence, even for a mouse! Grab ammunition at the bottom, load it in your attack room and KABOOM! THAT'S A LOT OF DAMAGE

Well, if ANNIHILATING YOUR OPPONENT is taking too long, you will maybe suffer some backfire. Don't worry, the latest MICE technology got you covered!
Load a shield battery in your defence room, and watch a pitiful missile hopelessly crash onto it.

Finally, if you run out of options to get rid of your opponent through basic means, you can rely on the most strategic device of your fortress: THE HACKING SYSTEM.
Allowing you to cancel and prevent the use of an enemy room for a certain time, it is certainly the most cunning technology on the battlefield!

We recommend playing with 2 gamepads, but you can also play with 2 different keyboard configurations, arrow keys or ZQSD or WASD.

All sounds, music, and visual art, or basically any art in this game is the result of our own work.

Thanks a lot to all our early playtesters for their numerous feedbacks. It really helped us in making MAD MICE as enjoyable as it is now. 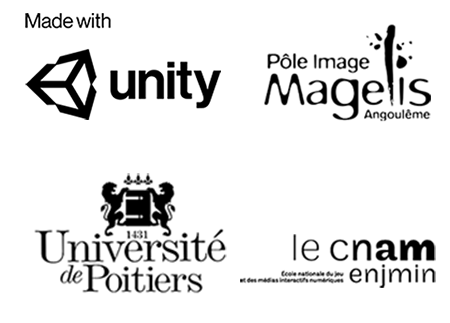 I tried the game during playtests and to be able to see it available online is an amazing thing.
GG !

You helped us a lot with your playtest ! Thank you !

Great game !! I'm very hopeful for the future games of the team's members <3

Played it with my little sister, had a lot of fun and tense moment ^^
The game is great, all the effects and feebacl are well balanced, the gameplay easy to grasp and fun right away.
Congratulation you really did a great job !

Thank you ! Your playtest and feedbacks were really helpfull !

Thank you so much ! We are glad you liked it ^^

So I played the game and honestly, it's really fun! It's got good mechanics and gameplay and is well made, I can tell you worked hard on it! but I had to play with others but I didn't have anyone to play with, so I played against myself. The only things I want for this game is a player versus computer system, and rebinding controls because the controls are a bit confusing. Overall, it's pretty good!

Hey Finn, first of all, thank you on behalf of all the team for your kind feedback !
To be honest with you, this project was made in one month as a student team.
If we had more time, we would've added some computer AI to the game, but sadly its unsure for now since we will be moving on some other game projects in the near future.
About the controls, we assume you talk about the keyboards configuration: they can sure be a little confusing, especially on a WASD keyboard !

Again, we are really glad you liked the game, it makes us proud of our work to see people enjoying the game and express it ! 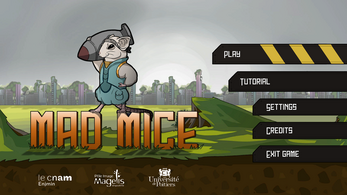 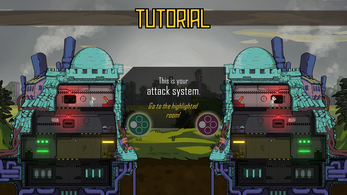 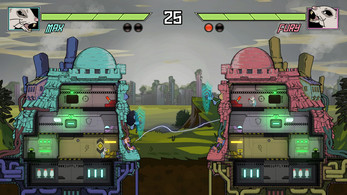 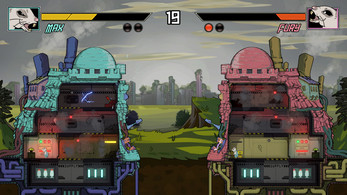 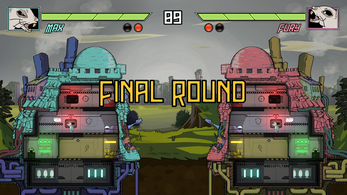 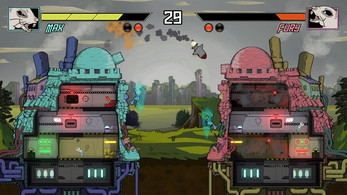 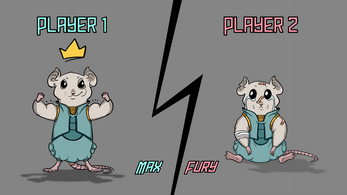