A downloadable game for Windows

In Occitatane, fight another player localy, while playing some iconic characters from the history of the Occitanie region of France.

This game is an original mix between nervous fight games and turn-by-turn games.
Take advantage of your reflexs, and feint your opponent by well-using the few time you have each turn.

Phase 1, Approach : use the Left Stick to approach your opponent. You can make a dash-attack using the RB Button. It is your only attack during this phase. The first duelist to hit the other one gain the initiative (first attack for the phase 2).

Phase 2, Duel : The characters are locked until the end of the duel.
When you are colored, either in blue or red, it's your time to play.

When in red, it's your turn to attack : you have the initiative. You have 1.25sec to choose the side of your attack :

Your character's background represents its timeline presence, equivalent as your health.
The first character to have his timeline fully collapsed lost the game. 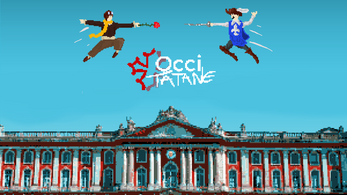 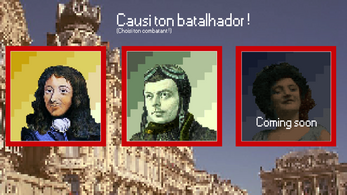 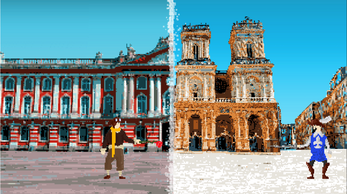 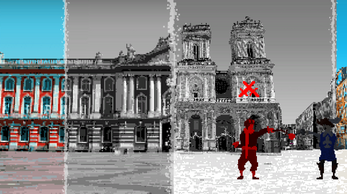