In this fast paced shoot-em-up, you embodies the new hope of Humanity, in a maybe-not-so-far future. Earth is polluted by decades of over-exploitation, and every (obviously too late) attempts to reverse the situation have miserably failed.

In a brief and last wave of pride, all nations still not collapsing unified their last strength to create a bunch of emergency space vessels, as well as a complex and ultra-modern ship, optimised for scouting and traveling at a faster-than-light speed.

It's the Blue Hope and you are its pilot.

Your goals are simple : traveling through the solar system and terraforming the planets you find, using the no-more-fictional terraforming device equiped in the ship.

But, a few moments after you started your mission, an entire army full of extra-terrestrial alien ships came across the system, and rushed to the earth :  you don't know how they must have perceived another life form has aquired FTL travel, by tracking your signature across the universe.

And now, you are trapped. You can't come back already, because the humanity will ran out of ressources even if Humanity defeats the aliens. As you charge your ultra-rapid laser canons, originaly designed to mine and destroy obstacles on your way, you receive others mission details : continue the mission, and face the aliens on your way. Maybe Humanity can hold the alien until you return.

Waiting no longer, you load your FTL engine.

Your determination is at the highest : wether it's alien ships or gruesome space monsters, you'll mine their *** out of the Solar system, and quickly !

WASD or ZQSD or ARROW keys to move the Blue Hope

All sounds, music and visual art or basically any art in this game is the result of our work.

the game is great the music is super cool

I just thought a life bar was missing

Thank you very much for playing ! We really appreciate that you enjoyed the game !

Due to the 64x64 limitation, we thought of a way to measure life points by another way than a classic life bar : actually, if you didn't notice, you can see your life points by looking at your ship; 1 engine is red: you were hit once, both engine if you were hit twice and the cockpit is red if you are at the limit of explosion.

However, I agree that it can be hard to see that if you stick to the bottom of the screen.

I really like the graphics and the music, I can listen it for minutes haha, Great Job :).

Animations and transitions between levels are well polished, I appreciated that too!

Nice! I like the art and sound. A little hard to avoid enemy fire, due to keyboard sensitivity. Or maybe I'm just bad at it :) 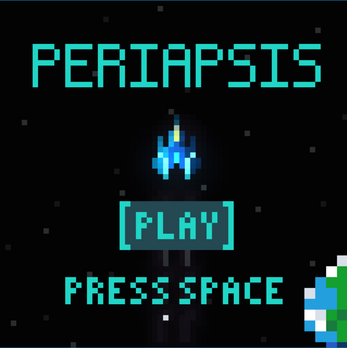 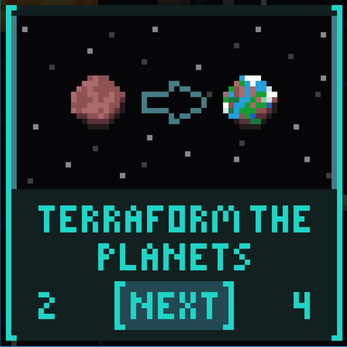 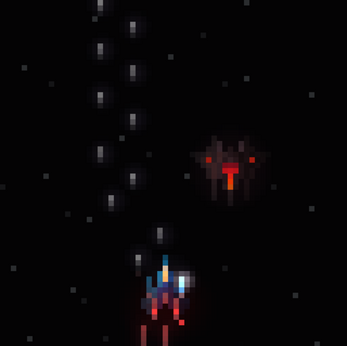